THE CHRONICLES OF JERAHMEEL

Could the Sun be YESHUA and the moon satan?

This is my opinion only but, when I read this, it was my impression that, this was the beginning of the contention in heaven between Lucifer and GOD because of Lucifer’s jealousy.

I’m not sure; however, it may be something to ponder… 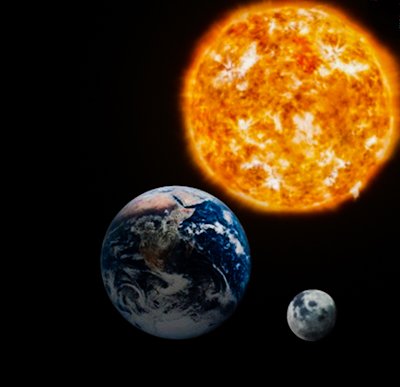 (1) On the fourth day he formed two lights, one not larger than the other; they were identical both in their form and in their light, as it is said, ‘And God made the two lights.’ A quarrel ensued between them; one said to the other, ‘I am greater than thou.’ Therefore God, in order to make peace between them, enlarged the one and diminished the other, as it is said, ‘And the greater to rule by day.’ (2) R. Eliezer said that God uttered one word and the heavens were created to become the dwelling-place of the throne of the glory of His kingdom, as it is said, ‘By the word of the Lord the heavens were made,’ but for the numerous host of heaven God exerted Himself more; He blew with the breath of His mouth, and all the host of the heavens were created, as it is said, ‘And with the breath of His mouth all their host.’ (3) All the stars and planets and the two lights were created at the beginning of the fourth night. One did not precede the other except by one minute particle of time; therefore, all the work of the sun is done slowly, while that of the moon is done quickly; what the sun takes twelve days to do the moon can do in one day; what the sun does during the whole year the moon does in thirty days, as it is explained in the chapters

of R. Eliezer. (4) Three letters of the ineffable name of God are written upon the heart of the sun, and angels lead it. Those that lead it in the day do not lead it in the night, and those that lead it in the night do not lead it in the day. The sun rises in a chariot, and rides forth crowned as a bridegroom, as it is said, ‘And he goeth forth from his canopy as a bridegroom.’ The horns (the rays) and the fiery face of the sun look upon the earth in the summer, they would consume it with fire if the ice above would not temper the heat, as it is said, ‘Nothing is hidden from his heat.’ In the winter-time the sun turns his icy face to the earth, and were it not for the fire which warms the cold, the world would not be able to endure it, as it is said, ‘Who can stand before his cold?’ (5) The sun rises in the east and sets opposite in the west. The Shekinah always resides in the west, and the sun enters in its presence, and, bowing down before the King of kings, says: ‘O Lord of the universe, I have fulfilled all Thy commands.’ These are some of the ways of the sun. (6) The habitation of the moon is placed between the clouds and the thick darkness, which are like two dishes one above the other; within them the moon travels. These two clouds turn themselves towards the west, and the moon peeps out from between the two in the form of a little horn. On the first night of the new month one part is visible, on the second night a second portion, and so on until the middle of the month, when it is full moon. From the middle of the month onwards these two clouds turn themselves eastwards, and that part of the moon which appeared first is the first to be covered by the two clouds—on the first night one part, on the second night a second part, until the end of the month, when it is entirely covered. Whence do we know that the moon is between two clouds

Because it is said, ‘The cloud is its clothing, and clouds of darkness its covering.’ 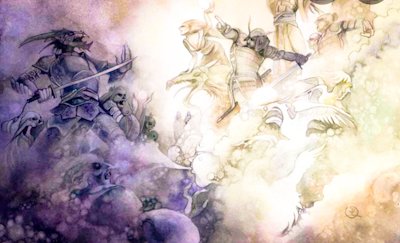 3 replies to “COULD THE SUN BE YESHUA AND THE MOON SATAN?”